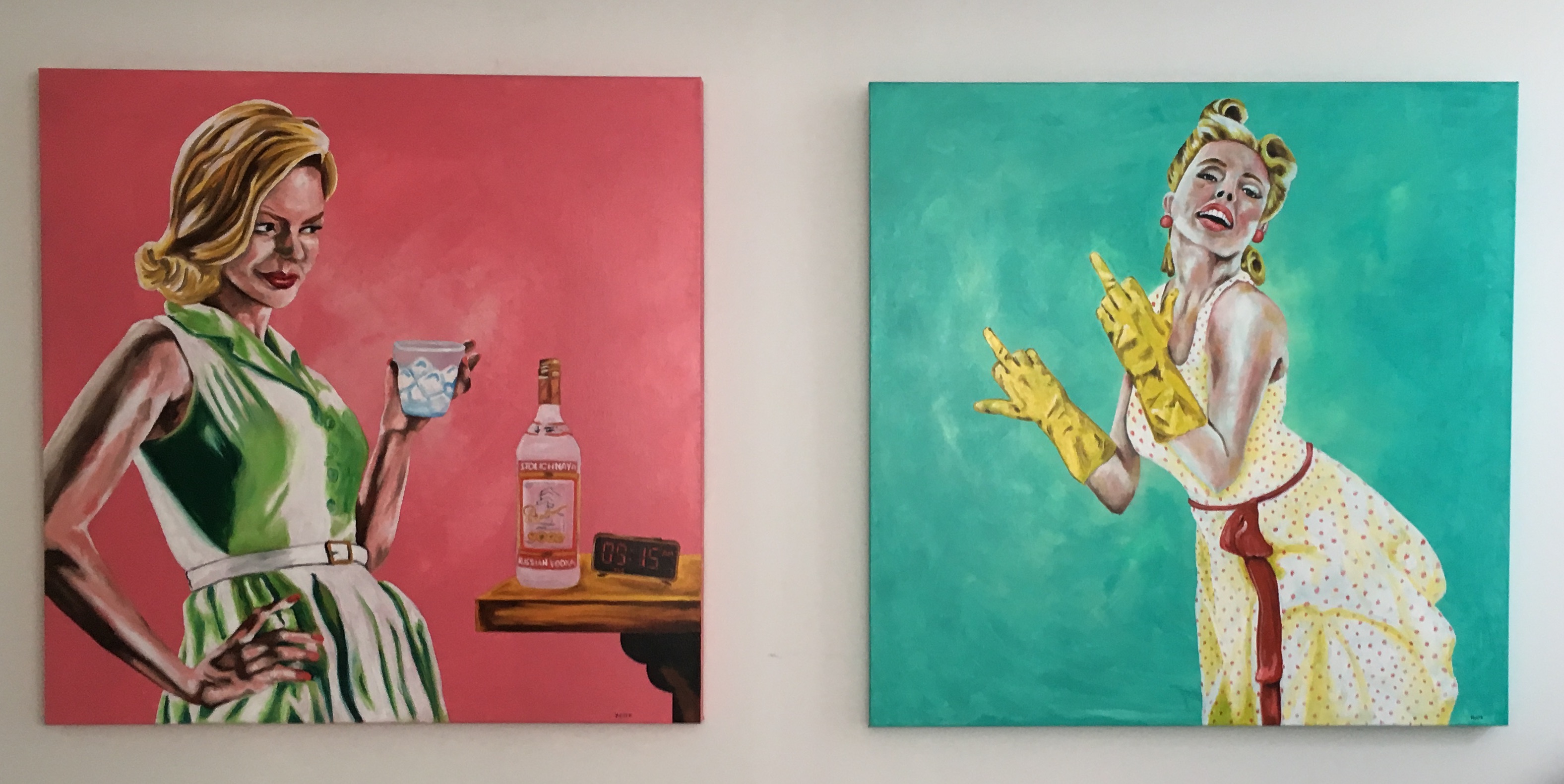 Nicole Heere is a Texas born painter inspired by Warhol, Lichtenstein, Shepard Fairey and Banksy. She paints dramatic portraits using techniques on the crossroad between pop and realism. Yet where many modern masters have patriarchal subjects, Nicole falls back on her southern feminine roots and grounds her characters in traditional female roles.  All this results in provocative and empowering paintings that challenge cultural identities and stereotypes.

Nicole obtained a BFA from The University of Texas at San Antonio in 2006. While attending school she worked with several renowned artists such as Alex Rubio and Milica Tomic and received mentorship from the late Chicano artist Bruno Andrade, a Smithsonian Institution American artist, whose influences trace back to his mentors who studied under Hans Hofman and Josef Albers. Andrade continued to utilize the Albers method of color theory and passed that down to Nicole. Andrade believed Nicole to be a stand out amongst her peers and encouraged her to pursue a professional career as an artist.

Nicole’s life has been the inspiration for her painting subjects. Nicole lost her mother at an early age from cancer and had to learn to “cut-it with the boys – boys who didn’t want to let the girls in”. Inspired by the Guerrilla Girls and their social activism, she too wanted her art to have layers of feminism to it. “I don’t belong barefoot in the kitchen, I belong barefoot in the studio,” Nicole asserts. She immediately found that people across all social influences began connecting to her work.

Her fast emergence as a promising artist has not gone unnoticed. The Dallas Morning News called her work “particularly noteworthy”. KVUE News Austin prominently featured one of her paintings in a live report and called her painting of a local celebrity “unique”. WACHFox News Columbia interviewed Nicole for Arts WACH. Additionally, her work has been featured in Origin Magazine, Literacy Head, Point of Vue Magazine, Patron Magazine, and the cover of Brilliant Corners Jazz Journal. In fall 2016, Jasper Magazine featured Nicole on the cover dressed as a housewife wearing classic yellow rubber gloves with her middle finger powerfully extended.

Her success has continued with numerous exhibitions, and press. In February 2016 Nicole’s paintings were a trending topic on Instagram and in March 2016 she was a featured artist at Design Night Out Miami. Nicole’s art has also gained a following in Europe as it was featured in an advertising campaign by Laznia Nowa Theatre Poland. Her painting “Mommy’s Little Helpers” was used on billboards and posters throughout the city of Krakow, Poland.